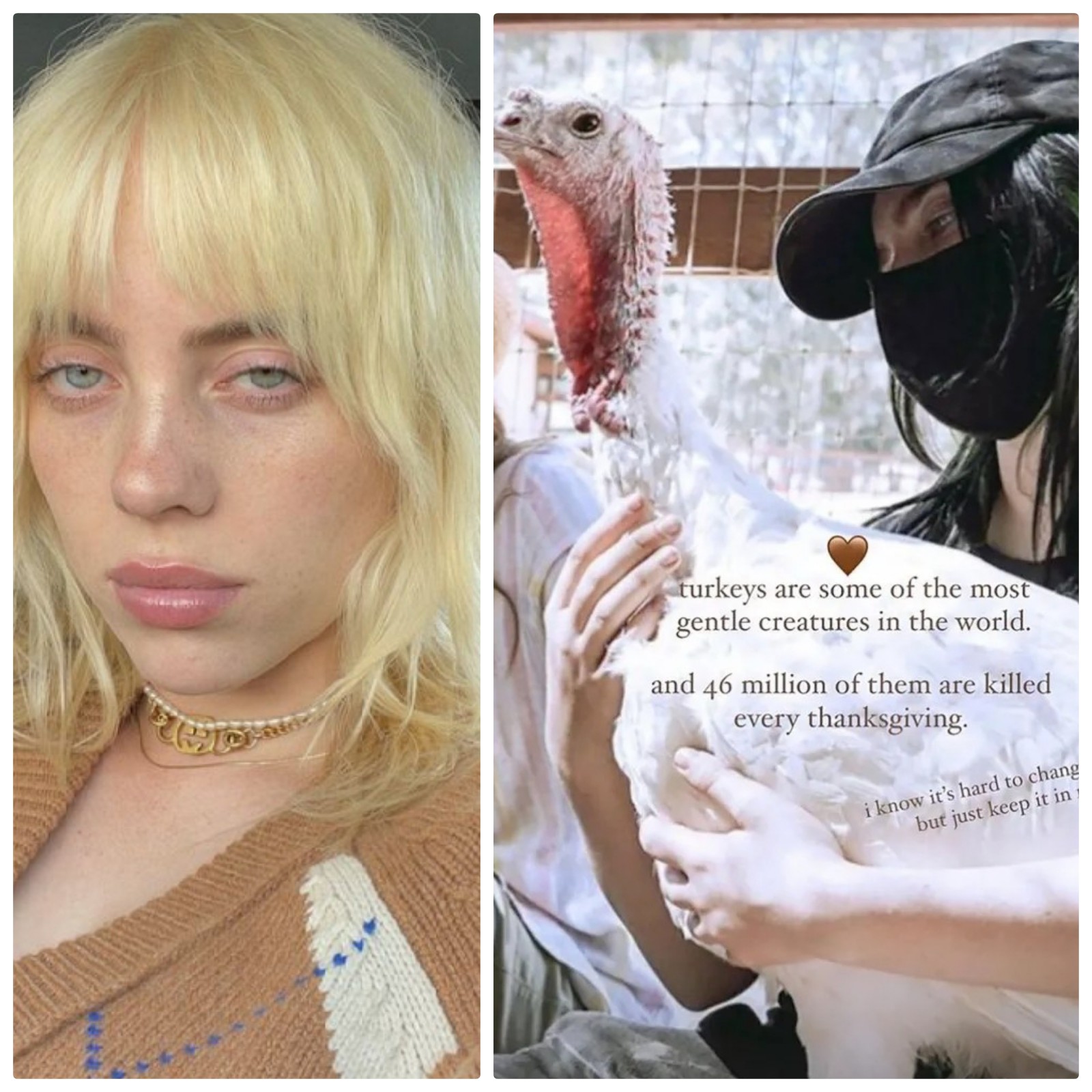 Billie Eilish Advocates For Veganism On Thanksgiving As She Cradles Turkey

Billie Eilish advocated for people to abstain from eating turkeys on Thanksgiving in a post shared to her Instagram Stories on Wednesday.

Saving animals is everything she wanted.

“Turkeys are some of the most gentle creatures in the world and 46 million of them are killed every Thanksgiving,” the 19-year-old pop star and vegan activist wrote over a picture of herself holding a live turkey.

“I know it’s hard to change traditions but just keep it in mind :)”

Eilish has followed a vegan diet since she was 12 years old.

In May, she opened up to British Vogue about her decision to alter her lifestyle after educating herself on the ethics of the meat and dairy industries.

“Once you know that kind of thing and you see it, it’s really hard to go back,” Eilish said. 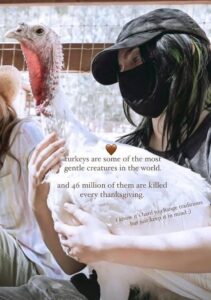 At the time, she said she doesn’t “ever want to tell anybody what to do,” noting that she has a lot of friends who eat meat.

However, the “Everything I Wanted” singer added, “I just can’t go on in my life knowing what’s going on in the animal world and, like, not doing anything about it.”

In September, Eilish even dropped her very own vegan sneakers with Nike. Both Air Jordan designs are 100% vegan and made up of more than 20% recycled material.

“You can make cool s—t and you don’t have to be wasteful,” she told Nike of her decision to make the shoes sustainable.

Aside from sharing her views on the food industry, the Grammy winner has been vocal about a number of other issues she’s passionate about at public events, concerts and on social media.

In October, Eilish spoke out against Texas abortion laws during a concert in Austin.

“When they made that s–t a law, I almost didn’t want to do the show, because I wanted to punish this f–king place for allowing that to happen here,” she explained. “But then I remembered that it’s you guys that are the f–king victims, and you deserve everything in the world. And we need to tell them to shut the f–k up!”

Veganism is the practice of abstaining from the use of animal products, particularly in diet, and an associated philosophy that rejects the commodity status of animals. An individual who follows the diet or philosophy is known as a vegan. Distinctions may be made between several categories of veganism.