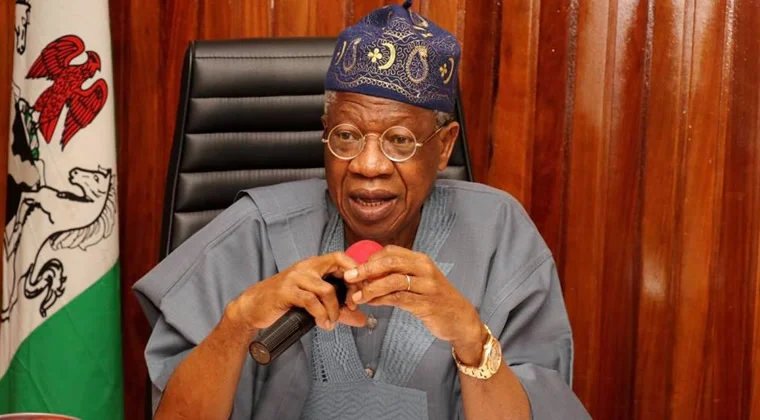 The Nigerian Bar Association and some Senior Advocates of Nigeria on Wednesday criticised the response of the Minister of Information and Culture, Lai Mohammed, over his comment on the leaked panel report of the Lagos State judicial panel of inquiry on restitution for victims of SARS-related abuses.

The AGNES ISIKA BLOG reported that Mohammed at a press conference in Abuja on Tuesday described the leaked report as one laced with discrepancies and inconsistencies. He tagged it unverified fake news.

The minister, who insisted that nobody was killed at the Lekki toll plaza on October 20,2020, said the panel only wasted taxpayers’ money by coming up with such a nonsensical report, which he had likened to ‘Tales by moonlight’, a 1990s television programme where fictitious stories were told children.

He had said, “Without mincing words, let me say that never in the history of any judicial panel in this country has its report been riddled with so many errors, inconsistencies, discrepancies, speculations, innuendos, omissions and conclusions that are not supported by evidence.

“What is circulating in the public space is simply a rehash of the unverified fake news that has been playing on social media since the incident of October 20, 2020.

“Instead of sitting for all of one year, the panel could have just compiled social media tales by moonlight on the incident and submitted, saving taxpayers’ funds and everyone’s time. That report is nothing but the triumph of fake news and the intimidation of a silent majority by a vociferous lynch mob.”

The Nigerian Bar Association said the government had not been open minded about learning the truth of what happened at the Lekki toll gate.

The NBA publicity secretary, Dr Rapulu Nduka, said this in an interview with our correspondent in Abuja on Wednesday.

According to Nduka, Mohammed has always given the impression that nothing happened at the toll gate.

“It is only normal that we depend on the outcome of the panel to know what truly happened.

“Condemning the report even before the issuance of the white paper shows that the government is not open minded and does not want to know the truth about what happened at the toll gate.”

A Senior Advocate of Nigeria, Ifedayo Adedipe, SAN, in an interview with The PUNCH tagged the minister’s response as premature.

According to Adedipe, the comment of the minister is insulting to the ‘honorable men and women’ who sat on the panel.

“What the minister did was to jump the gun and engage in usual propaganda. His opinion and condemnation is regrettable and insulting to the honorable to the honorable men and women who sat on that panel.”

Another Senior Advocate of Nigeria, Chief Mike Ozekhome, SAN, in a separate interview with The AGNES ISIKA BLOG tagged the minister as a ‘propagandist’.

He said, “What they have done is to bias the mind of the Lagos State Government on its expected white paper. This has already given the implication that the result of the white paper might not work.

“Meanwhile, what did you expect from the minister?  He speaks for a government without integrity, honour and dignity.

“Even if their fingers are caught red-handed in the cooking jar, they would still deny it. They denied eye witness accounts by Amnesty International, CNN, BBC, VOA, all TV stations across Nigeria, and now, the report of a whole Judicial Commission of Inquiry. They even deny their citizens! So, what is new? Nothing.

“Let someone advise this directionless and unsympathetic government that lives in self-denial that the only way to indict, impugn and interrogate the report of a whole Judicial Commission of Inquiry is by going to a court of law, and not through their usual Goebel’s propagandist liberal disquisition and verbal diarrhea.

“Nigerians are indeed tired of this easily predictable government.”

Also, a Niger Delta rights activist, Cleric Alaowei, has said the response of the minister to the report has done more damage than good to the image of the Federal Government.

Alaowei who is the Chairman, Board of Trustees of Centre for Human Rights and Anti-Corruption Crusade, made the assertion in a signed statement made available tour correspondent in Warri, Delta State, on Wednesday. He said, “Lai Mohammed goofed to have discarded the Lagos State #EndSARS panel’s report.”

The activist stated that the minister should have waited for the white paper to be made available to the Lagos State government that set up the probe panel before making the Federal Government’s views known.