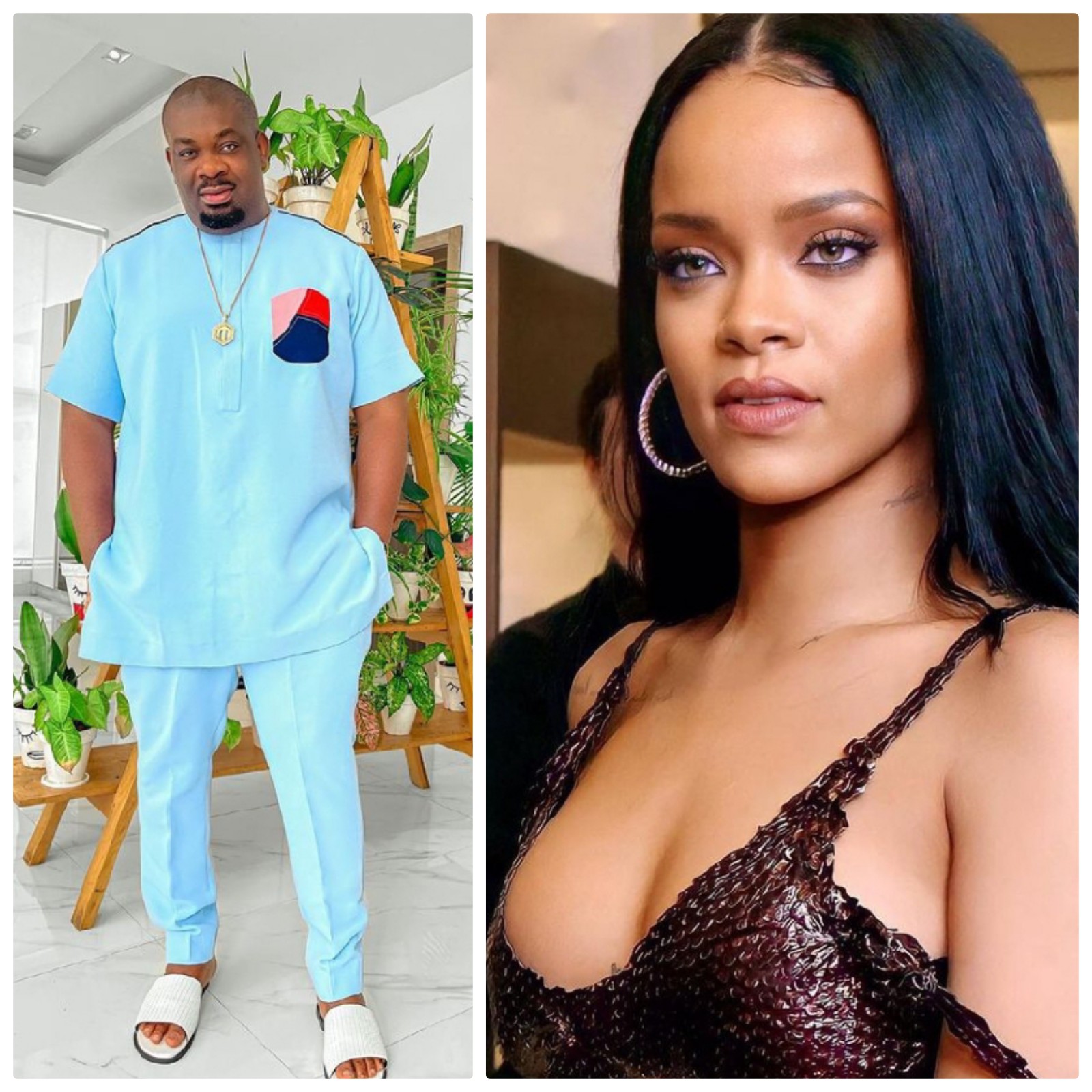 Social media is buzzing with mixed reactions as famous Nigerian producer and singer Don Jazzy storms the White House in the United States of America.

You will recall that Don Jazzy roused the Internet with pictures of his supposed visit to the official residence of the American President, White House.

Sharing the picture of himself and accomplice, Don Jazzy wrote: White House talks in Pink

Many have taken to the Mavin Record boss official page to celebrate and congratulate him. Celebrities like Monalisa Stephen, Ikechukwu, Woli Arole and others applauded Don Jazzy’s move.

Amidst all these, a user identified as Oluchieneclucy called out to famous American pop star, Rihanna to show herself as Don Jazzy is in the United States to pay her bride price.

Kemi Filani recalls that Don Jazzy has repeatedly disclosed his crush as Rihanna, and it was ‘heartbreaking’ when news broke out that the singer was expecting her first child.

Precious Chikwendu: I Never Had Sex With Femi Fani-Kayode For 6 Years
Omicron Variant: Why We Didn’t Stop Ramaphosa From Entering Nigeria – FG