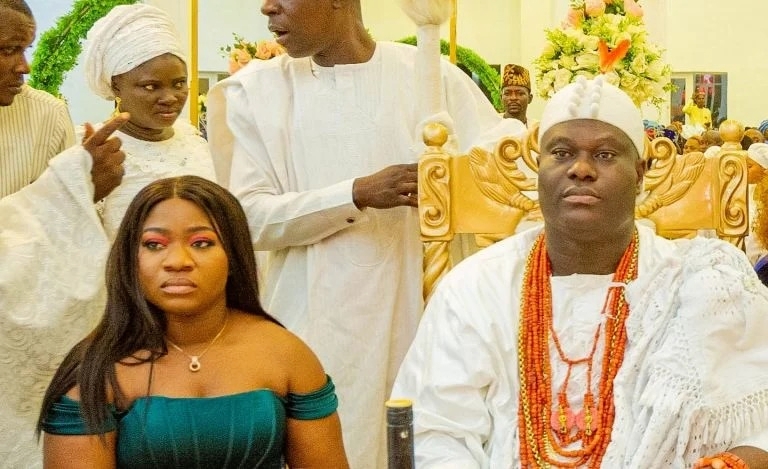 The mother of Princess Adeola Ogunwusi, daughter of the Ooni of Ife, Oba Adeyeye Enitan Ogunwusi, has refuted the claims that the king raised her daughter as a single parent.

The Punch had earlier reported that Oba Ogunwusi stated that he raised Adeola after having the child at age 19.

However, Omolara Olatubosun, the mother of the child, has stated that Oba Ogunwusi was not present in the child’s life, especially in the first 10 years.

Olatubosun told our correspondent that the only time the monarch saw their child after her birth was at a wedding.

She said, “The first time he saw the child was at the hospital after I had given birth. He came with a letter of apology and spent only about five minutes. He didn’t see her again until four years later.

“Adeola started visiting him for holidays when she was 13 and only went to live with him when she was 15. That is after his people begged me to allow her stay with them.”

Oba Ogunwusi in his post wrote that it was a challenge raising his daughter alone with the life challenges he had to face. 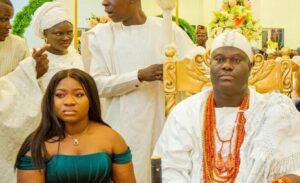 “Reminiscent of the past, those steps of moulding and shaping the future of another life were huge tasks and calculated risks. Based on my recollection, I lived through pockets of circumstances that called my integrity and competence to question.

“I equally realised that being a single parent to a daughter in an unfamiliar footprint can be a major shift in human experience and a daunting journey as you need to help your child to navigate day to day social situations, complex feelings, and developmental changes that life prescribes,” the Ooni wrote on his Instagram on October 18.

Reacting to what people might think of her comments regarding the issue, Olatubosun stated that she did not want to be in the public eye for any reason hence her coming forward.

She added that she had sent warning messages to the Ooni to either tell the truth or pull down the posts, which he refused.

“I have sent him private messages to warn him to set the records straight. He knows he is lying; why he’s doing that, I don’t know. I asked why he had to lie because he has been lying since the day I met him.

“I have reached out to him more than once. He was adamant and said I was rude to him. I gave him a 72-hour ultimatum to take the post down if he could not face the world and say the truth. I told him to pull the post down because it is a disrespect to all the hard work that I have put into raising my child.

“When he became a king, I made excuses for him. For the past six, seven years, people have been coming to me asking me to tell his story and I turned all that down because I did not just want my face out there. All I care about is saying the truth and setting the records straight.

“I won’t take away the fact that he sent her abroad for school. He did that; it wasn’t my penny in there. I have been silent because of my daughter, but what sort of role model would I be to her if I don’t set the records straight?

“This is not about a rumour, I am only debunking lies about my life story. I’ve known him for 40 years and I was seven years old when we became friends. Whatever he is doing that is bad, that’s none of my business, but this one is my business,” Olatubosun added.