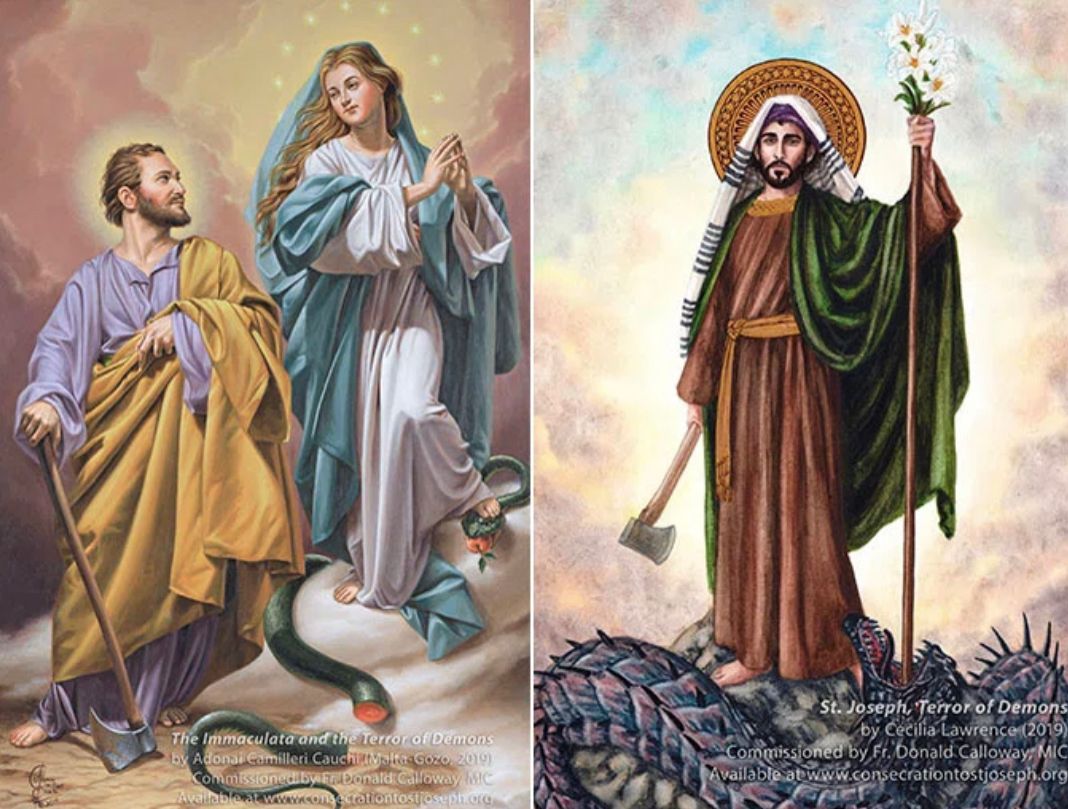 Belief in the Immaculate Conception of Mary is a dogma of the Church proclaimed infallibly by Pope Pius IX in the papal bull Ineffabilis Deus on December 8, 1854. The bull states:
“We declare, pronounce and define that the doctrine which holds that the Blessed Virgin Mary, at the first instant of her conception, by a singular privilege and grace of the Omnipotent God, in virtue of the merits of Jesus Christ, the Saviour of mankind, was preserved immaculate from all stain of original sin, has been revealed by God, and therefore should firmly and constantly be believed by all the faithful.”

The Blessed Virgin Mary right from her conception in her mother’s womb, she was privileged to be full of grace and free from original sin. Her Immaculate Conception anticipates the Incarnation of Jesus Christ. So great are the advantages we reap from the incarnation of the Son of God, and so incomprehensible is the goodness which He he has displayed in this wonderful mystery, that to contemplate it, and to thank him and praise him for the same, ought to be the primary object of all our devotions, and the employment of our whole lives.

In feast of the Conception of the Immaculate Virgin Mother of God we celebrate the joyful dawning of that bright day of mercy, the first appearance which that most glorious of all pure creatures made in the world, with those first seeds of grace which produced the most admirable fruit in her soul. Her conception was itself a glorious mystery, a great grace, and the first of her predestination. It is the beginning of the completion of God’s work in Jesus who is the Word Incarnate born of the Blessed Virgin Mary. She could say with much greater reason than Isaiah; The Lord has called me from my mother’s womb, from the bowels of my mother he has been mindful of my name.

From that moment he prepared her to be his most holy tabernacle. When the Almighty God commanded a temple to be built to his honor in Jerusalem, what preparations did he not ordain! What purity did he not require in the things that belonged to that work, even in the persons and materials required of it! David though a great patriarch, was excepted against by God, because he had been stained with blood spilled in just wars. 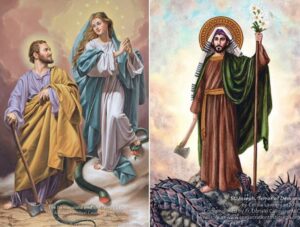 Again, what purifications, consecrations, rites and ceremonies did he not order to sanctify all the parts of the Temple! This was for a material building, in which the Ark of the Covenant was placed, and men were to offer their homages and sacrifices to his sovereign majesty in this adorable place. What then did he not do for Mary in physically and spiritually decking her, whose chaste womb was to be his living temple, from whose flesh he was to derive his own most holy body, and of whom he would himself be born.

Our first parents fell into sin and were cast off from God’s presence. The first condition in the spiritual embellishing of a soul is perfect purity, or a cleanness from whatever can be a blot or stain. Blessed are the pure in heart for they shall see God. If a house is to be adorned to a great distinction all filth has to be removed. No irregularity or deformity will remain. The Almighty was pleased therefore to preserve the Blessed Virgin Mary from contracting any stain of sin, whether original or actual. By the succor of an extraordinary grace, her interior beauty was never sullied with the least spit, and divine love never suffered the least remission in her soul and when she attained the use of reason grace abounded she more as she pressed forward in offering herself as the handmaid of the Lord.

The Immaculate Conception of the Holy Mother of God was not only in itself a great and glorious mystery, but likewise joyful to mankind. The benefit of our Redemption after the fall of Man and the comfort and joy given to mankind to share in the divine life, the dawning of the day of the Lord. Thou art all beautiful, my love, and there is no spot in thee. Mary was the enclosed garden which the serpent can never enter and the sealed fountain which he never defiled. She was the Seed that sprung from tribe of Judah from the illustrious house of David, the Throne, the Tabernacle or the Ark of the Testament to contain not corruptible manna, but the Author of incorruptible life of our souls. As we celebrate this great feast may God continue to purify our intentions, body, soul and spirit. Amen.

As we end the year of St. Joseph, the just and faithful steward, the husband of Mary and the Guardian of the Redeemer may God grant our petitions and answer our prayers. May families model themselves to be like the Holy Family of Nazareth. Amen.

Mary, crowned with living light. Temple of the Lord.
Place of peace and holiness.
Shelter of the Word.

Continue Reading
You may also like...
Related Topics:Immaculate Conception Of The Blessed Virgin Mary

Covid 19 Vaccines Donated To Nigeria Have Expired, FG Laments
Do What Makes You Happy