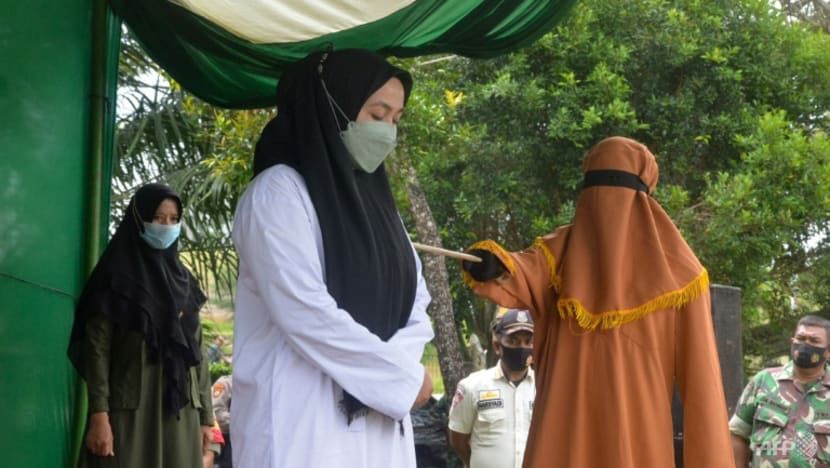 An act of infidelity/adultery is something that does not speak well to anyone’s character. No matter the circumstance, it’s not an accident and in most cases, the cheater is only sorry when caught.

An Indonesian woman had been publicly disgraced after she was committing adultery with a married man. She was reportedly flogged 100 times on Thursday (Jan 13) in conservative Aceh province for adultery while her male partner, who denied the accusations, received just 15 lashes. You can imagine!

The head of the general investigation division at East Aceh prosecutors office; Ivan Najjar Alavi, said the court handed down a heftier sentence for the married woman after she confessed to investigators she had sex out of her marriage.

Judges found it difficult to convict the man, who was then the head of East Aceh fishery agency and also married because he denied all wrongdoings, Alavi added.

“During the trial, he admitted nothing, denying all accusations. Thus, [judges] are not able to prove whether he is guilty,” Alavi told reporters after a public flogging for Sharia law offenders in East Aceh on Thursday.

Aceh is the only region in Muslim-majority Indonesia to impose Islamic law, which allows whipping for charges including gambling, adultery, drinking alcohol, and gay sex.

As an alternative punishment, instead, the judges found the married man guilty of “showing affection to a female partner who is not his wife” after the couple was caught by locals at a palm oil plantation in 2018.

He was initially sentenced to 30 lashes but his successful appeal at the Sharia Supreme Court in Aceh reduced the sentence to 15. 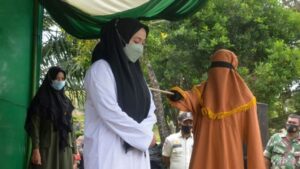 The woman’s flogging was briefly paused because she couldn’t bear the pain, according to an AFP reporter in the field.

Another man convicted of having sex with a minor was also whipped 100 times on Thursday. The man will also serve 75 months in prison for the crime after the flogging according to prosecutors.

Dozens watched, recorded, and posted the flogging on social media, a spectacle criticized by rights groups but which regularly attracted hundreds before the pandemic.

Unlike the rest of the nation, Aceh follows religious law as part of a 2005 autonomy deal agreed with the central government that ended a decades-long separatist insurgency.

Human rights groups slam public caning as cruel, and Indonesia’s President Joko Widodo has called for it to end.

Cheating is the most disrespectful thing one human being can do to another. If you aren’t happy in a relationship, end it before starting another one. Adultery is a sin before God and man.