President Muhammadu Buhari has been told to release self-determination advocates Nnamdi Kanu and Sunday Igboho to the Southern Governors by Olusegun Bamgbose, the National Coordinator of Concerned Advocates for Good Governance (CAGG).

Nnamdi Kanu is now in the custody of the Department of State Services (DSS) after being rearrested in Kenya a few weeks ago and deported to Nigeria, while Sunday Igboho was detained in the neighboring Benin Republic on Monday night and is being held in Cotonou.

Sunday Igboho is a key supporter of the Oduduwa Republic, and Kanu is the head of the Indigenous People of Biafra, IPOB.

Bamgbose stated that the country is certainly going through a critical period in its political history and that the future appears to be unpredictable, cautioning that stakeholders must exercise extreme caution to avoid disintegration, as Nigeria’s unity has never been more fragile.

“The truth is that agitation becomes necessary and appropriate in any corner of the world where there is unequal treatment, injustice, or unfairness. “You can not push someone and tell him or her where to fall” the senior lawyer and presidential candidate for 2023 said.

“We can’t claim to be one nation if there’s clear tribal or clan discrimination. Agitation is a natural response to the events of society.

“The Igbos have always complained about being heavily marginalized in the scheme of things, while the Yorubas are angry that Fulani herders are kidnapping their people, rapping their women, destroying their farms, and killing them. The one million naira question requesting for answers is, how has President Buhari addressed these critical issues?”

“President Buhari cannot claim to be the father of the country if he treats certain people like holy cows and others like sacrificial lambs. 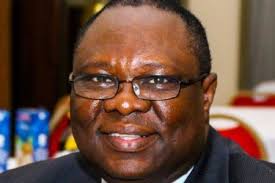 “In the long term, clamping down on agitators might not be a good idea. It is necessary to address the problems. Even though I will never support any sort of armed resistance, one would expect President Buhari to respond to the agitators’ concerns.

“Jailing the agitators will not stop the unrest; instead, it will intensify it. I anticipate the Southern Governors to rise to the situation and obtain Nnamdi Kanu and Sunday Adeyemo’s release as quickly as feasible.

“This issue can be settled in eight weeks. President Buhari should also be willing to hand them over to the governors of the southern states. Healing, not victimization, is what our country needs.

“If Buhari decides to mishandle this subject, his government will suffer and will be listed in the international community’s black book.

“President Buhari should hold talks with the governors of the Southern states and hand over the two agitators to them. This, I believe, would demonstrate to all Nigerians and the rest of the world that he is a leader to be respected.

“He should also investigate their complaints and respond objectively to them. It would be a good idea if President Buhari met with Kanu, Igboho, and the Southern Governors at the Presidential Villa to finally resolve this issue. Bamgbose sends his best wishes to the President.