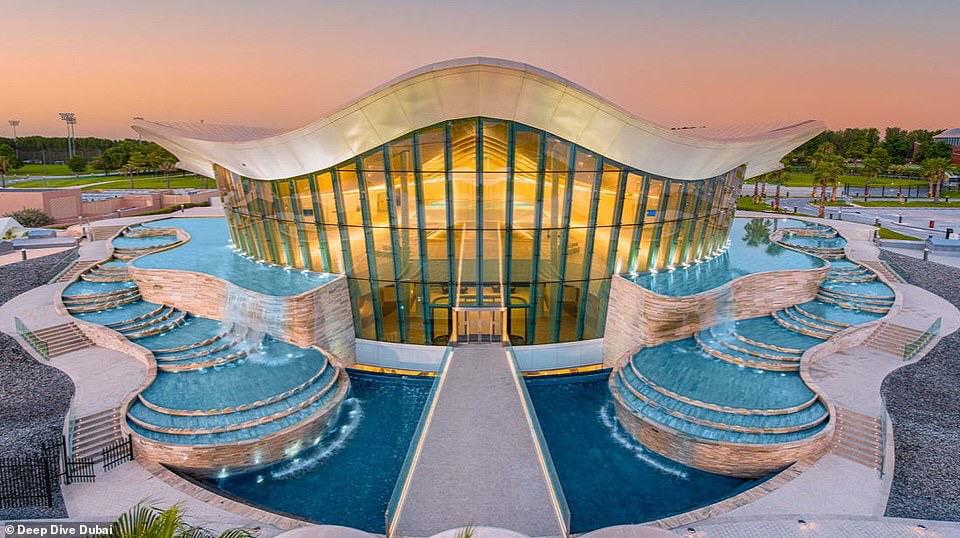 Dubai has opened another record-breaking tourist attraction. We all know that Dubai loves to bring other attractions from other countries to attract tourists to their country.

The world’s deepest pool opens in Dubai, a 196ft-deep swimming pool with a water volume equivalent to 6 Olympic-size pools. An ‘underwater city’ which includes ‘abandoned’ homes to explore and an arcade to play in, more like an underwater amusement park. 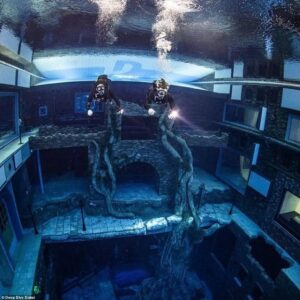 The depth of the pool is equivalent to six Olympic-size swimming pools. Wow, can you imagine!

Dubai’s newest attraction is at least four times larger than any other pool in the world and superseded Poland’s Deepspot, measuring 147ft (45m) in-depth, for the Guinness World Record on June 27.

It is housed in an oyster-shaped structure and surrounded by gushing water features. The pool inside has a water temperature of 30 degrees and guests are advised to wear a thin wetsuit or swimsuit. 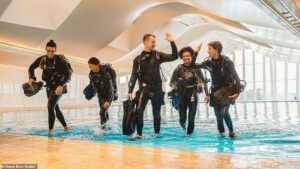 The complex also doubles as an underwater film studio with state-of-the-art lighting and sound systems, and an editing room nearby. The site boasts 56 cameras dotted around the underwater city and an advanced hyperbaric chamber for emergencies, which is expected to launch by the end of the year.

Dubai’s newest attraction is billed as a family-friendly day out with diving courses for beginners and advanced divers, but there are also tours on offer. And those who do not fancy a dip in the water can watch from an 80-seat restaurant equipped with large windows and TV screens. 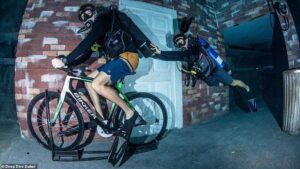 Sheikh Hamadan encouraged others to visit when the complex opens to the public later this month, writing on social media after his July 7 visit: ‘An entire world awaits you at Deep Dive Dubai, the world’s deepest pool’. 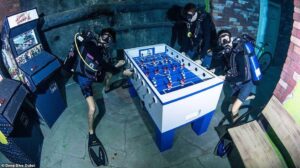 Smith described the experience as ‘madness’ and he said he was told to check out the pool by a friend because it has ‘something… weird about it’.

Although Deep Dive appears to be a stand-alone facility, it’s still quite close to the Burj Khalifa. Deep Dive has warned guests not to visit the Burj Khalifa – the world’s tallest building, also located in Dubai – after their visit as ‘it’s recommended to wait 18-24 hours before ascending higher than 300 meters’ 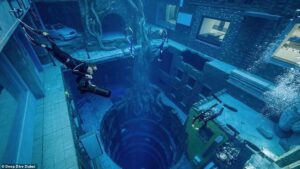 After any dive, it’s recommended to wait 18-24 hours before ascending higher than 300 meters (1,000 feet). However, there is no risk in diving after having visited the tallest building in the world.’

There is also a unique suspended underwater tunnel that is entirely transparent, so non-swimmers can experience the pool without getting wet.

Sunday Igboho Has Sued The FG To Court, Requesting For The Release Of The Arrested People At His House
Breaking News: Ashleigh Barty Becomes First Australian Woman To Win Wimbledon Single’s Title In 41 Years