Canadian pop singer; Justin Bieber wore the hijab during one of his last concerts in the US state of Utah, which has now sparked a lot of controversies as the Canadian singer’s dress code presented a wave of criticism on social media.

Bieber raised a great controversy during the past hours about whether he was making fun of Islam and Muslims, as pictures and videos of him wearing the “hijab” while singing on the stage continues to circulate.

Some were surprised by the strangeness of his appearance, as he wore white pants and a loose T-shirt, and put the veil on his head with black sunglasses and contradiction with being a man as well. 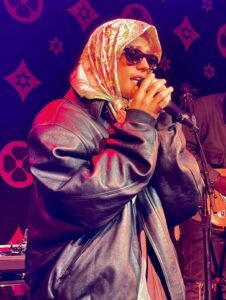 Some wrote: “We called him to be guided, he will be veiled!”… “Should bless him and congratulate him on the veil”, “They told him that the veil did not detract from his beauty anything.”

It is noteworthy that the comments on most of the pages that shared pictures of Justin Bieber in the hijab did not contain positive comments on the strange look, which some fashion experts described as the worst in the history of the famous Canadian singer. 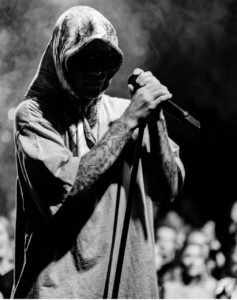 Comments continued to give a comedic character to the news of Justin Bieber with the veil and compared it to the roles of Arab artists, men who wore the veil in laughing comedies, to ridicule him.

It is reported that Justin Bieber will perform a huge concert for the first time in Saudi Arabia, next December at the closing ceremony of the STC Formula Saudi Grand Prix. 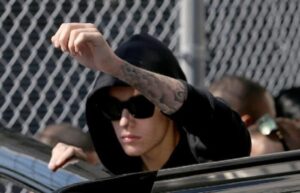 The Saudi Automobile and Motorcycle Federation revealed the news on its Twitter account, and the tweet read: “A huge party for an exceptional event, a huge party accompanying the STC Formula Saudi Grand Prix! The elite of the world’s most important stars are participating for the first time in the Kingdom, specifically in Jeddah.”

Continue Reading
You may also like...
Related Topics:Hijab, Justin Bieber