If you don’t keep your alcohol intake in check, one day it’ll embarrass you. When there are kids in the house, you try to limit some of your activity.  Nigerian Singer & Actress; Aituaje Ebele Iruobe, popularly known as Waje, has gone public with some events that happened in her life which changed her perspective on parenting.

The mother of a 22-year-old lady; Emerald Iruobe, while chatting with popular TV host, Ebuka Obi-Uchendu, on his program Rubbin’ Minds, explained that she reduced her alcohol intake the day she got home drunk from an event and was welcomed by her daughter.

The sonorous singer said, “The one time my daughter saw me drunk was the reason I had to check myself. It was not a great sight and that was in 2013. I got home after an event. You know when you go to an event and you take one glass of champagne here and there.

“I got home and I was drunk. Guess who opened the door for me? It was my daughter. That is not something any parent should do. When your child is living with you, there are some things you should not do.” 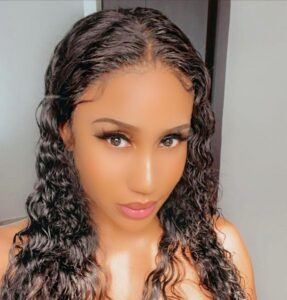 Waje further stated that parenting did not only affect her personal life, but also her brand.

Waje said that her role as a mother made her reject some business offers and she never allowed anyone she was romantically involved with visit her at home.

The singer said, “I give a shoutout to my mother because when I had Emerald, she did not stay with me till she was 13. My mother helped me with the foundation and that is me being honest. With parenting, there is never really a handbook that would tell you how you should be. You just know that some of the experiences that you have had will definitely want to make you make the right foundations with your child when it comes to characters, principles, and how they live.

“Support system is very important, but you just embody the role when it comes. Not everybody does that, but you just have to. Looking at her now, she is in her final year and I am just like, ‘wow!’

Waje stated that being a mother affected her career because there were some choices she had to make and there were things that she could not do because the first thing she is thinking about is her child.

She added that there were some brands that she could not collaborate with because she had to be seen as a family brand, not minding whether she was single or not.

“You are seen as a family because you have a child. Even my personal life was affected for a very long time because whoever I was in a relationship with, I don’t even allow to come to my house,” the singer revealed.

She continued, “You do not come to visit because parenting is that sacred; so, you have to be sure of your choices so that the children do not do what they are told but what they see. So you have those boundaries.”

That was thoughtful of you, Waje. It takes the grace of GOD to bring up a child.

Every parent should try to live exemplary lives to their children because the mind of a child is something that does not really forget something at a tender age.