The governor of Lagos State, Babajide Sanwo-Olu, on Tuesday gave 10 automobiles to honor outstanding members of the Lagos State civil service for their achievements in the junior and senior service categories.

In addition, the Governor revealed a N5 million cash grant for a Lagos State Civil Service level 16 official who took home a commemorative check following an impromptu quiz tournament which was personally managed by the state’s chief executive. 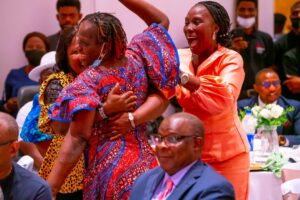 To be sure, he pushed civil officials to persevere and make their work admirable by setting an example in whatever they do.

In his speech, the Governor encouraged them to never give up being the greatest in order to maintain the public’s trust and to allow the public to have something positive and unique to say about them. 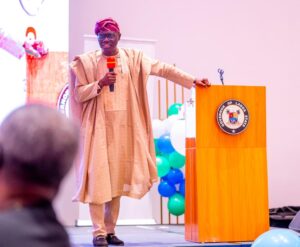 Governor Sanwo-Olu, giving the keys and documents to the 10 recipients of the cars that were picked in a lottery draw, stated, “Lagos State Government is dedicated to fulfilling its promises to the citizens of the state, and we will see to it that this commitment is carried out.”

Officers who emerged from a raffle draw at the Year 2021 Public Service Day commemorating the cars awarded to them were four junior and six high level officials.

In the public service development centre, a Level 16 officer, Mr. Taofeek Oladiran Ajetunmobi, received a gift of N5 million from the governor.

Recognized service providers should not rest on their laurels but keep maintaining their high sense of responsibility, dedication, commitment to duty, and total loyalty. 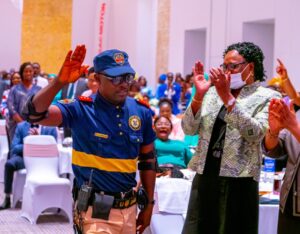 According to him, 166 of the 180 nominees received Outstanding Officers’ Award recommendations, with the recommendations ranging from 101 senior officers to 65 subordinate officers.

“There will be various activities, like mass work for fitness, variety show, among others, this year in connection with Public Service Week,” stated the Head of Service. “The objective of this year’s Officer of the Year awards is to recognize and reward excellence.”

Continue Reading
You may also like...
Related Topics:Sanwo -Olu reward 10 Civil Servants With A Car Each For A Job Welldone

El-Rufai Asked To Resign by CAN and HURIWA Over Incapability To Handle Baptist Students Kidnap
South-West Governor, Senators And House Of Rep Insist 5% And Not 2.5% In PIB For Host Funding

Kie Kie Announces The Birth Of Her Beautiful Baby

Matt Hancock Admits He Received £45,000 For Appearing On The Celebrity SAS Show