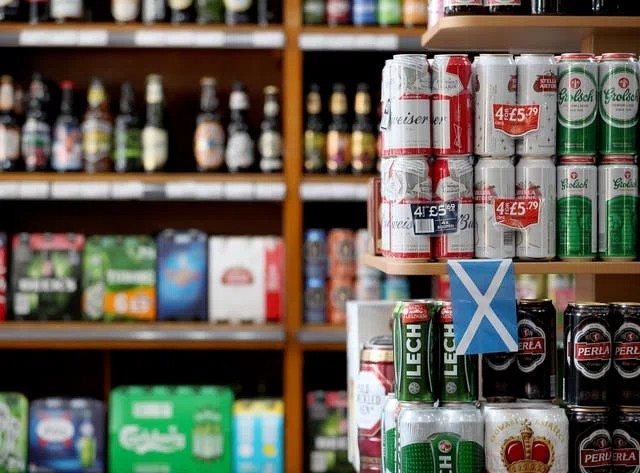 The alcohol death rate in Scotland has risen for the second year running as the country takes the UK’s top spot in the latest statistics of alcohol-related fatalities, new report shows.

The new study which was released by the Office for National Statistics (ONS) showed that an average of 21.5 deaths per 100,000 of the population were caused by booze in 2020.

Elinor Jayne; Director of Scottish Health Action on Alcoholic Problems (Shaap) said that Scotland’s figures are unacceptable. She said: “The harm caused by alcohol in Scotland is once again highlighted by new data showing that, of the four nations of the UK, we have the highest alcohol-specific death rate, with a significant increase in deaths in 2020,” she said.

“For every person who has died, there are many, many left behind who will be dealing with the suffering caused by alcohol, both while their loved one was alive and now that they are dead.

“And for every person who has died, there are many, many more in Scotland who have an alcohol problem which is affecting their daily lives, relationships, and health.

“We should not accept that somehow alcohol harm is acceptable in Scotland.”

According to heraldscotland, despite boasting the lowest rates in the UK, England and Wales saw the biggest percentage increases – 19.3 percent and 17.8 percent respectively.

Scotland’s rise in figures means that the country now has the highest alcohol death rate and is significantly above the rest of the UK. Ireland had the highest rate the previous year, but despite their figures rising from 18.8 to 19.6 deaths per 100,000 they move to the second highest.

Ms. Jayne called for an increase to the minimum unit price of alcohol.

She added: “We need more to be done to prevent problems from developing, such as increasing the level of minimum unit pricing from 50p to 65p and restricting marketing of alcohol.

Continue Reading
You may also like...
Related Topics:Alcohol, Scotland, UK