Supreme Court judge, Mary Odili, will on Thursday, May 12, officially bow out of the nation’s Judiciary.

Odili is one of the earliest women to be elevated to the Supreme Court bench.

Her retirement comes as she had attained the mandatory retirement age of 70 years. 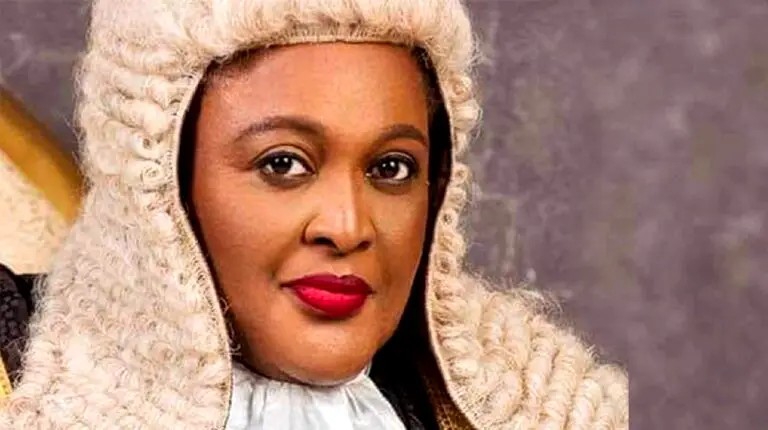 The Imo State born jurist, whose meritorious landmark judgments have shaped the political, economic and social terrains of the nation, is to be hosted to an elaborate retirement event on the day.

Already, the authorities of the apex court are to hold a befitting valedictory court session in her honour, Daily Post reports.

Festus Akande, the director of Press and Information for the Supreme Court, said the court session to be presided over by the Chief Justice of Nigeria, CJN, Ibrahim Tanko Muhammad, will hold at the main courtroom of the Supreme Court in the morning of Thursday.

He said that eminent Nigerians, especially the Attorney General of the Federation, AGF, and Minister of Justice, President of the Nigerian Bar Association, NBA, Body of Benchers and body of the Senior Advocates of Nigeria, among others, are to grace the valedictory court session.

In October 2021, Justice Odili’s family residence at lmo Rivers Street in Maitama, Abuja, was said to have been raided by fully armed plain-clothed security men for undisclosed reasons at about 5pm on Friday.

However, security operatives guarding the house were said to have resisted the takeover of the house without a court order or instructions from above.

It was later gathered that the security operatives violated the residence of the Supreme Court judge, using a search warrant allegedly collected by the Minister of Justice and Attorney-General of the Federation, Abubakar Malami, and his ministry officials.

BBNaija Winner, Efe Appreciates God For His Life As He Escapes An Ambush Attack