Nkechi and Falegan recently had a social media argument after he accused her of having bad personal hygiene, saying that while they were dating, she wore a pant for three days and sometimes would refuse to brush her teeth. 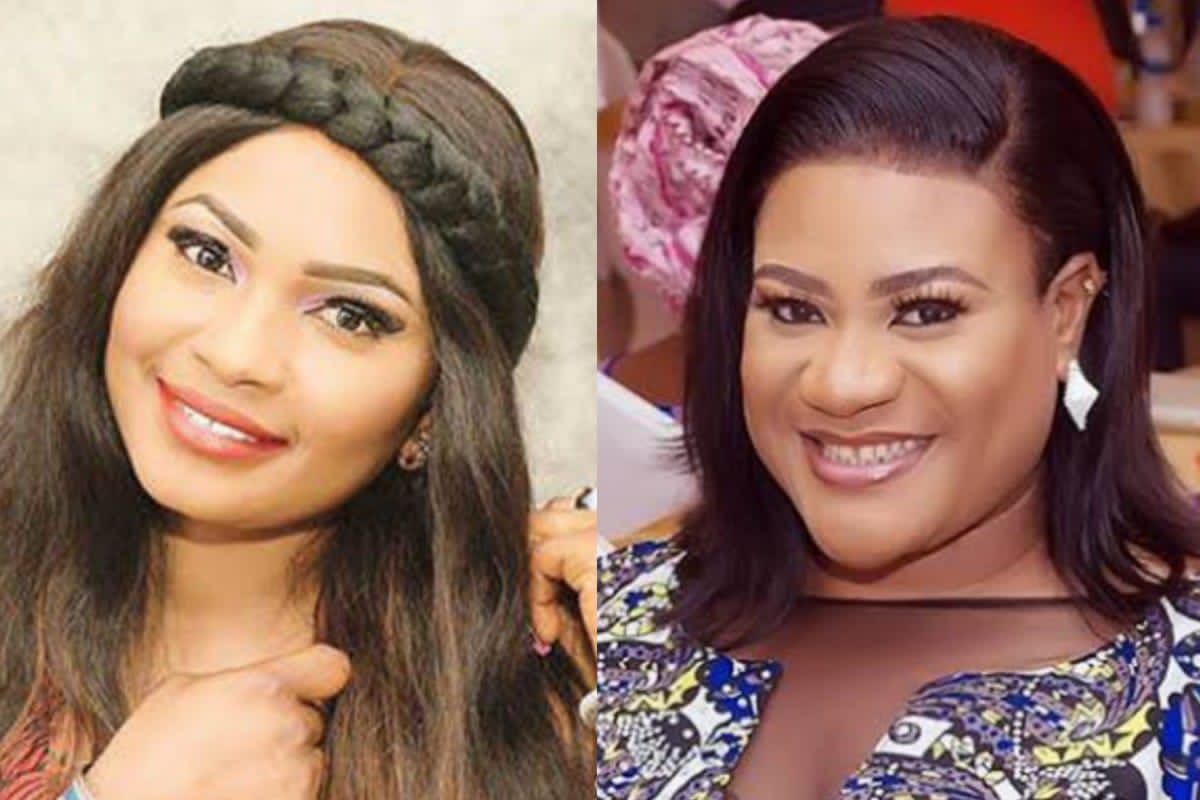 Nkechi refuted Falegan’s claims, stating that she hasn’t worn a pant since she turned 18 and instead may prefer a bodysuit on rare occasions.

She went further, in her defence, to say that she is so clean that she dips her finger in her private part and puts the same finger in her mouth during an interview with Daddyfreeze.

Sonia, however, believes this is too much information that Nkechi has given out in an attempt to defend herself and has urged her to stop.

Sonia said on her Instagram story, “THIS COMING FROM A PLACE OF LOVE ACTUALLY. NKECHI YOU CAN IGNORE YOUR EX.”

She added, “Please can someone close to Nkechi Blessing caution her? Is too disgusting. Too much information, too much defending. Too much of everything is bad. I’m wondering where are the world’s shame and dignity?” 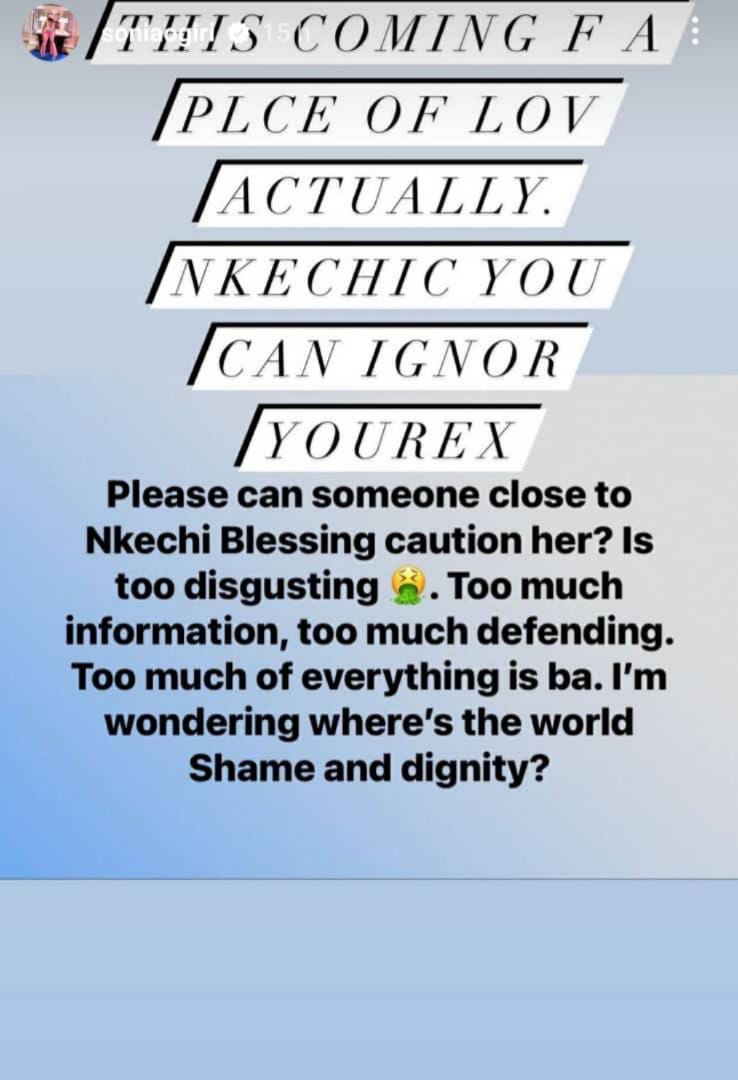