Hmmm….the world is increasing with lots of wickedness. It’s very hard keeping friends in this generation as there is no such thing as ‘Friend’ anymore.  A young man identified as Ubong is dead. The boy is said to be an undergraduate at the University of Uyo (UNIUYO), Akwa Ibom state.

According to Daniel Etokidem, the deceased who had buried his mum on Friday, August 6, was stabbed to death by his roommate on Saturday, August 7, after an argument.

“He just had a minor argument with his roommate he lived together at Idak Okpo Street and within seconds, the roommate took a knife and stabbed him from the back. He lost a lot of blood and we rushed him to the University Clinic where he died. His body is at University of Uyo Clinic, town campus.” 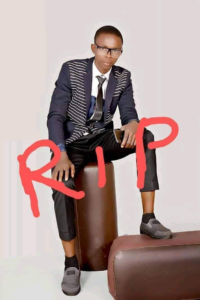 Ubong is described as a simple, easy going, hardworking, humble and God fearing young man. He was killed less than 24hrs after he struggled to bury his Mum? What a wicked world.

But thinking it through, this is Africa where lots of weird stuff happen.

It seems something is wrong somewhere. This incident shouldn’t be overlooked because the family may be in danger without knowing.

That roommate didn’t mean to kill his colleague, he may not even know how it happened but then sometimes the devil must find a carrier to do his wicked work.
When you wake up every day pray that the devil doesn’t make you his instrument. Everyone needs to be prayerful because the days are evil. People are becoming more vile and vicious these days.

This is so heartbreaking. I can’t imagine what the family is going through right now.

May his soul rest in peace, Amen.