The wickedness of man towards children never ceases to amaze me. I begin to wonder why some people feel so much hatred for a little innocent child over nothing.

A shameless uncle has reportedly kicked a three-year-old girl to death. The little innocent girl was found dead in her bed after allegedly being kicked by her uncle for being too loud during the night.

The uncle and the girl’s mum, identified as Kader K, have been arrested following the horrific incident in the Turkish province of Burdur. The mother could not wake up her daughter, who has been identified as Aysenur K, when she went into her bedroom in the morning.

The mum rang the emergency services and paramedics rushed to the home, however the child was pronounced dead at the scene.

Police then took the tot’s mother and her uncle, Hizir Tunc C, into custody as officers believed the three-year-old’s death was suspicious. The uncle reportedly admitted he had kicked the child during the night to silence her as she was making noise.

According to reports from Turkish newspaper “Haberturk”, the girl’s grandmother Kader Tugla claimed her granddaughter was subjected to constant violence in the home.

She said: “They starved the children and locked them in a room.”

It comes as a dad who left his child alone for 10 hours as he worked a longer shift so he could cover their rent faces a child neglect charge in the US.

Wilner Belizaire, 21, of Orlando, Florida, had reportedly tried to get a babysitter on the day of the tragic death but was unable to find one, US media reports.

He checked in at his workplace at roughly 4pm on December 22 but when he got home ten hours later, found his baby Jazmyn lying dead on her stomach in her crib, reports state.

While authorities didn’t disclose the child’s age, an Instagram post by the distraught dad claims she was born in August, making her no more than four months old.

According to an arrest report cited by WKMG, the death happened as a result of Belizaire, said to be a single dad, having to work the longer shift so he could rack up enough money to keep himself and his daughter under a roof. 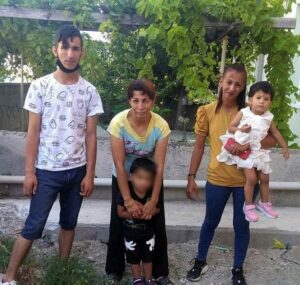 Belizaire was taken in after calling the emergency services on December 23 to report that he had returned from work to find his baby was no longer alive. He was released on bail on January 4, 2021, the Daily Star reports

He appeared to be a doting father as all his posts on Instagram are in utter adoration of his daughter.

One post was captioned: “I swear your the greatest gift I ever received” and another read “My life changed so much when you came into this world.. I’m a do everything I can to give you the best life I can.”

Writing in a post on his Instagram story earlier today, distraught Belizaire stated: “I just want to say thank you to everyone who’s been supporting me through all of this.

“I probably wouldn’t be here if it wasn’t for your support and help.”

The arrest report read: “As the suspect was leaving for work, he knew it was wrong to leave the decedent unattended for such a long period, but felt pressured to work because of impending rent being due.”

Continue Reading
You may also like...
Related Topics:Niece, Uncle

“TikTok Is Not For Children,” Iyabo Ojo Warns Nigerian Parents
President Buhari Speaks With The Super Eagles Ahead Of Match With Tunisia