Rant means speaking aggressively about something or to shout at length in an angry way about a situation you are passionate about. The question is why do people rant or why do they get angry?

From my own point of view, Feelings of anger arise due to how we interpret and react to certain situations around us. Everyone has their own triggers for what makes them angry.

Some times people are being treated unfairly like they do not respect their feelings or possessions. They misinterpret situations differently, in order words, a situation that makes you feel very angry may not make the other person feel angry at all (for example, other reactions could include annoyance or hurt). But just because we can interpret things differently doesn’t mean that the interpretations are wrong.

Most times the way we interpret and react to a situation can depend on things that have happened in the past or something that’s going on presently. The thought of how and why we rant can help us learn how to cope with our emotions better. It can also help us find productive strategies to control our anger. Nevertheless, we mustn’t let our anger control us instead we should be the ones to always control it.

Do you know that for every minute you remain angry, you give up sixty seconds of peace of mind? When anger rises, think of the consequences of your actions before acting.

Sometimes people get angry due to what they have experienced in the past and when something similar to their past experience occurs, they just can’t hold themselves. So most times I tell people to forget what hurt they have in the past either as a child or as an adult that makes them want to flea up and move on.

Anger is one of the powerful emotions humans are bound to feel whether we like it or not, and it is very okay, but when it becomes too much, and we let it control us then it can become destructive. More so it is advisable that the sun should not set on your anger.

Forgiveness they say is the key to unlocking all the anger and hurt that we feel inside of us, the emptiness and darkness within. Let us rather show love, joy, fulfillment, and light inside of us. 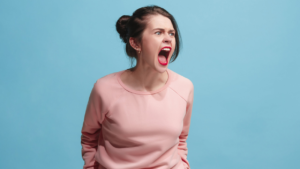 I needed to know why people rant or get angry so I sent the question to some few friends and this was their feedback.

Being taken for granted. Faith

I get angry when I put in my effort, time, money valuable things, to make you succeed and at the end you stab me in the back. Its makes me go crazy.
Busola

Nothing makes me angry like when the people I tried to sacrifice so much for actually see those sacrifices as stupidity and in their hearts, I am just seen as a fool.
Aunty Lara

When am being cheated.
Nophia

I remain silence when am angry because words spoken in anger can never be taken back even after apology, hurtful words always lingers in the heart of people,they might forgive but not forget
ANGER IS A SMALL MADNESS THAT CAN DESTROY WHAT YOU HAVE BUILT FOR YEARS
Mrs Uko

My brothers and sisters trust me when I say that love is better than anger.

Continue Reading
You may also like...
Related Topics:Angry, Featured, Rant