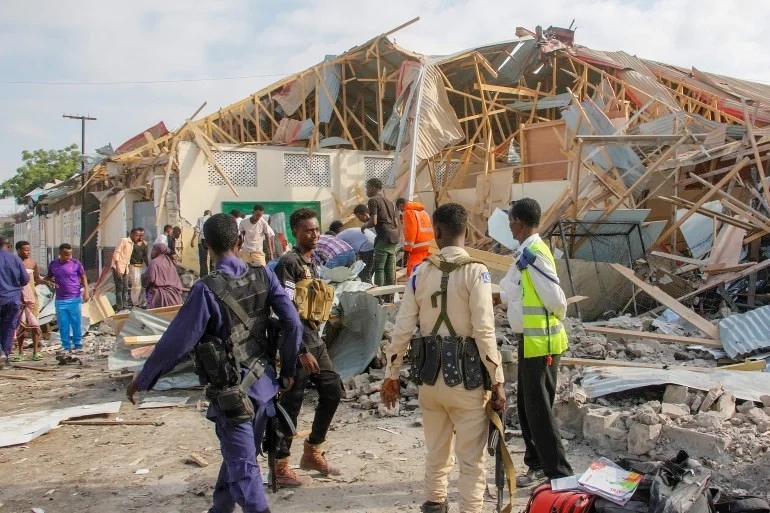 A car bomb attack has killed at least eight people in Somalia’s capital on Thursday when Islamist militants launched a suicide attack on a U.N. security convoy using a vehicle laden with explosives, officials and witnesses said

The blast took place near the K4 junction in the heart of Mogadishu. It was so large that it collapsed the walls of the nearby Mucassar primary and secondary school and also left cars smashed.

“We were shaken by the blast pressure, then deafened by the gunfire that followed,” said Mohamed Hussein, a nurse at the nearby Osman Hospital.

He added he had been pulled from the rubble of a collapsed ceiling.

“Our hospital walls collapsed. Opposite us is a school that also collapsed. I do not know how many died,” he said.

“We counted eight dead people and 17 others including 13 students injured,” he told reporters.

Al Shabaab has been fighting Somalia’s central government for years to establish its own rule based on its strict interpretation of Islam’s sharia law. 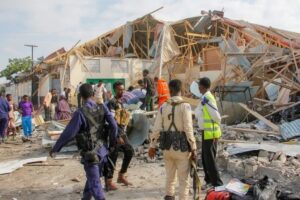 The group frequently carries out bombings and gun assaults in Somalia and elsewhere in its war against the Somalia military and the African Union-mandated AMISOM force that helps defend the central government.

It was not immediately clear if any UN personnel were among those killed or injured in the huge blast. Security officials could not be immediately reached for comment.

Continue Reading
You may also like...
Related Topics:Explosion, Somalia