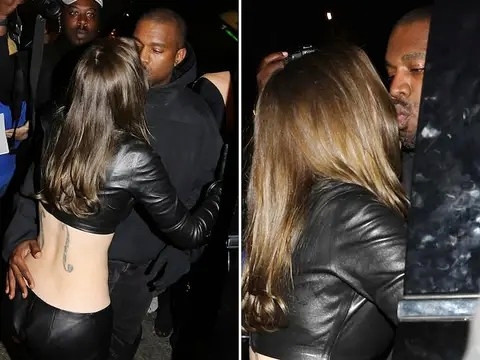 Kanye West and Julia Fox kissed publicly in a display of affection, less than 24 hours after his enstranged wife Kim and Pete Davidson got cozy on their own date night.

The pair who are reportedly dating turned up at Delilah in West Hollywood with some of Kanye’s famous friends on Wednesday night. The couple were joined by the likes of Madonna, Floyd Mayweather, Antonio Brown, The Game and Evan Ross.

Inside, the two sat next to each other on a couch, vibing with the music played in the club. However when they got out, Kanye planted a big kiss right on Julia’s lips.

However, this has left everyone wondering if Kanye is trying to make Kim jealous, because just a few days ago photos of a date with Pete Davidson were leaked where they appear hugged and very caramelized.

This is the second relationship Kanye has had since his split from Kardashian. The first was with model Vinetria, who is said to have even lived with him for a season.