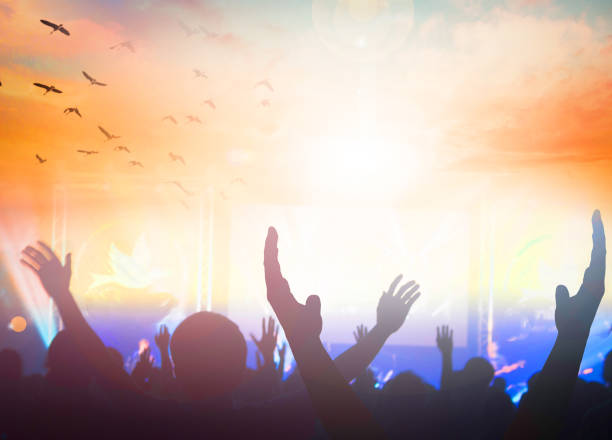 Praise as a form of social interaction expresses recognition, reassurance, or admiration. Praise is expressed verbally as well as by body language. Praising God is the expression of worshipping and glorifying his only name.

Whatever we face in this world, we need to stay focused on the throne of mercy and praise God. Let’s look at the story of Jehoshaphat, king of Judah who was vastly outnumbered by a huge army that was attacking his kingdom. He proclaimed a fast and sought the Lord with all his people. The Lord heard their cry and promised them victory over their enemies. Then Jehoshaphat sent singers and worshippers ahead of his army as he went to meet the enemy. As they praised and worshipped the kings of kings, the Lord caused the enemies of Judah to fight each other and destroyed themselves. That’s the power of praise! They watched the Lord fight the battle for them and it ended in praise.

God inhabits the praises of his people, when we praise his only name, the presence of God will fill every situation that we are facing, and in the end, we will experience victory in all our battles.

Praise God even when you don’t understand what He is doing.

Continue Reading
You may also like...
Related Topics:Featured, Praise