A woman has taken to Twitter to narrate how she was arrested and held in Osun state for purchasing a stolen recharge card.

The woman said she purchased the recharge card from a vendor in February and was later arrested by police for buying the card, which police claimed was stolen from a bulk seller.

According to the lady, she was released but later detained again on May 17.

Olumuyiwa Adejobi, the Police Public Relations Officer, responding to the tweet, urged Nigerians against purchasing things from uncertified sellers or on the street.

Adejobi stated that the police did nothing wrong when they arrested the woman after the stolen item was discovered with her.

He emphasized that the law allows police to detain anyone found with stolen property and that the person will be given the chance to prove his or her innocence.

Below are her tweets and Adejobi’s response… 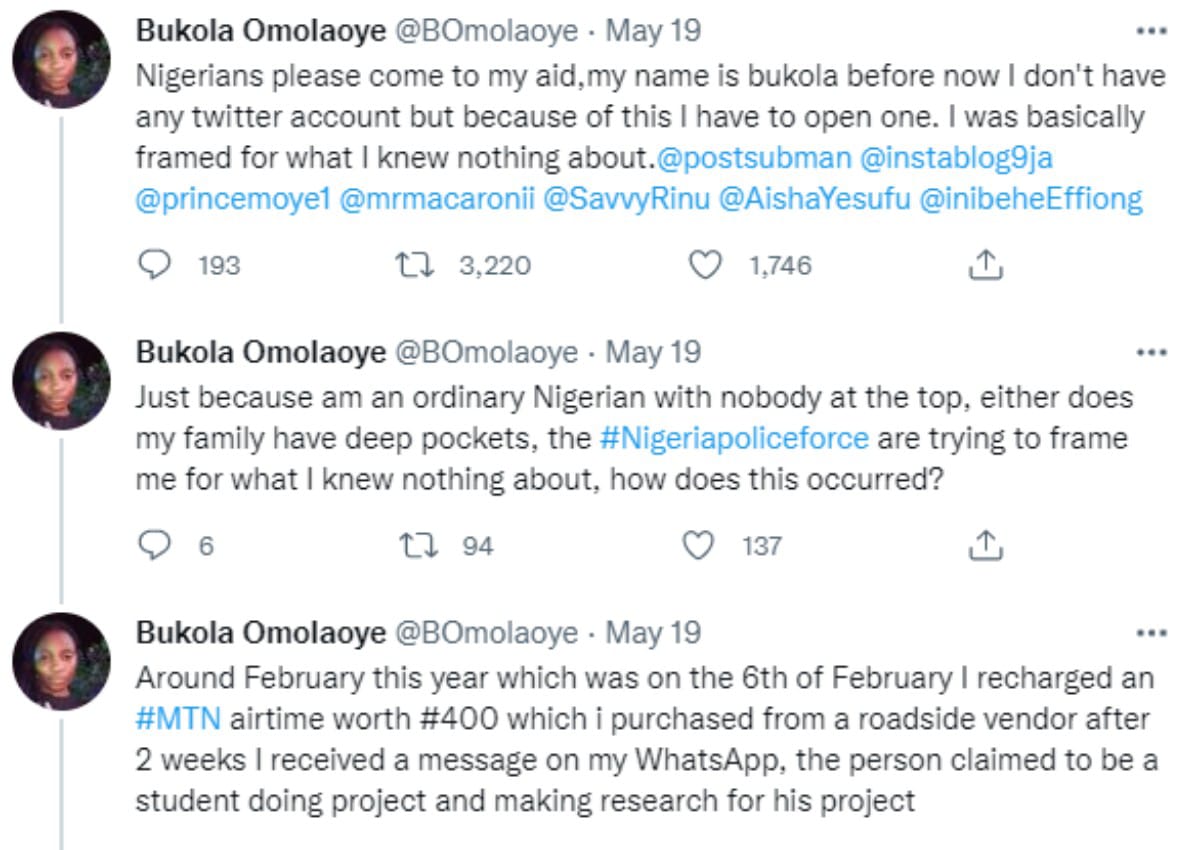 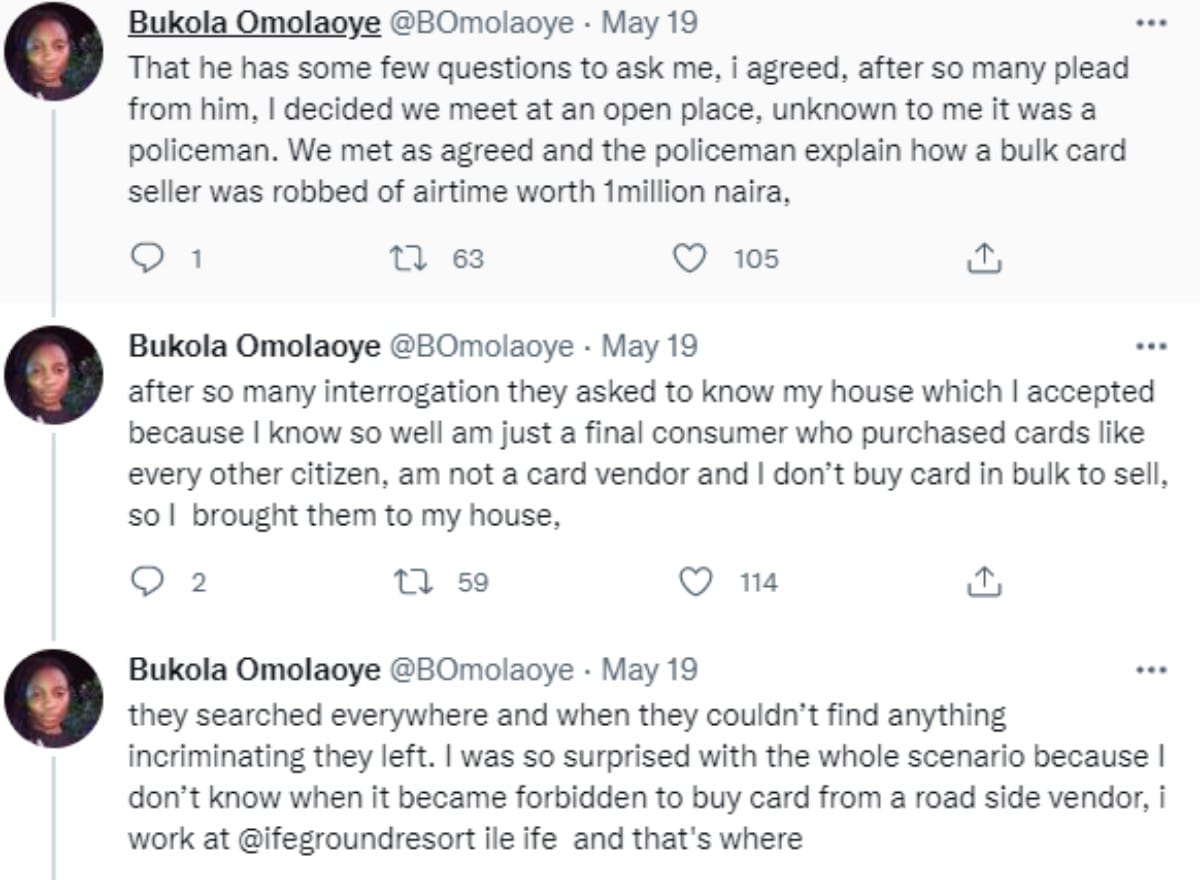 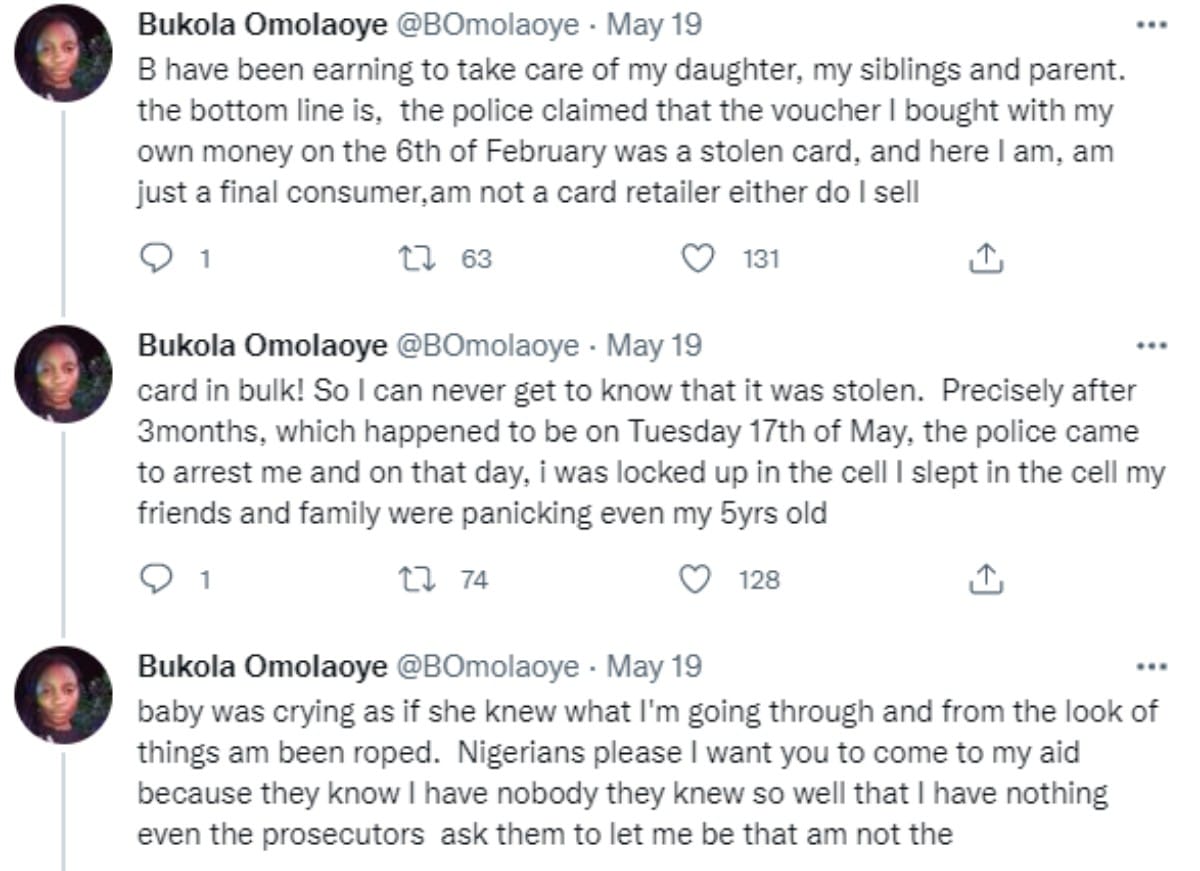 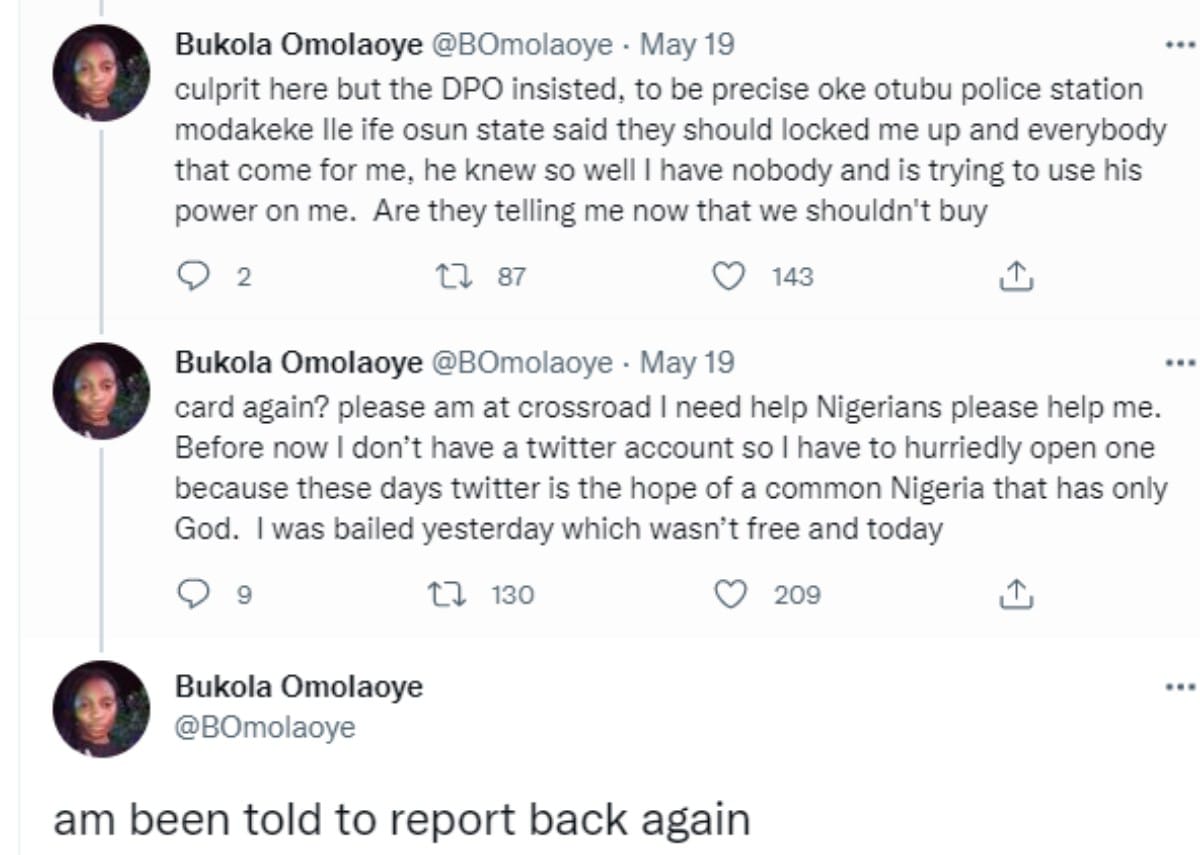 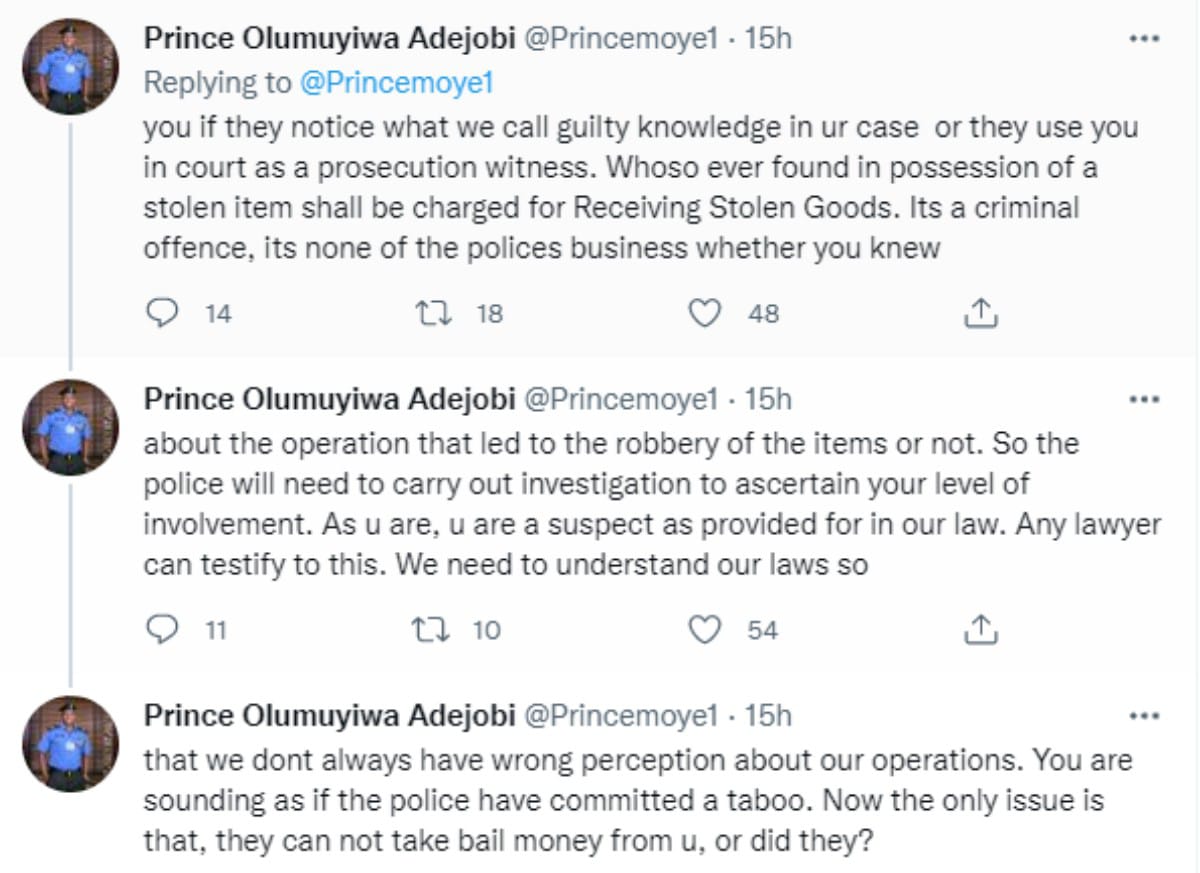 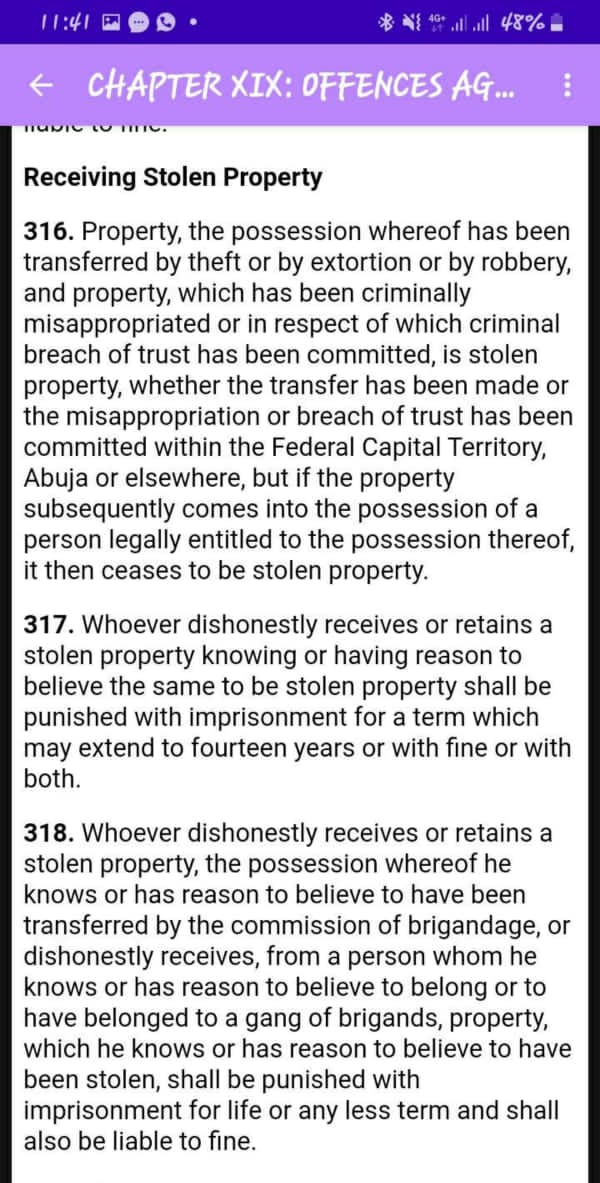 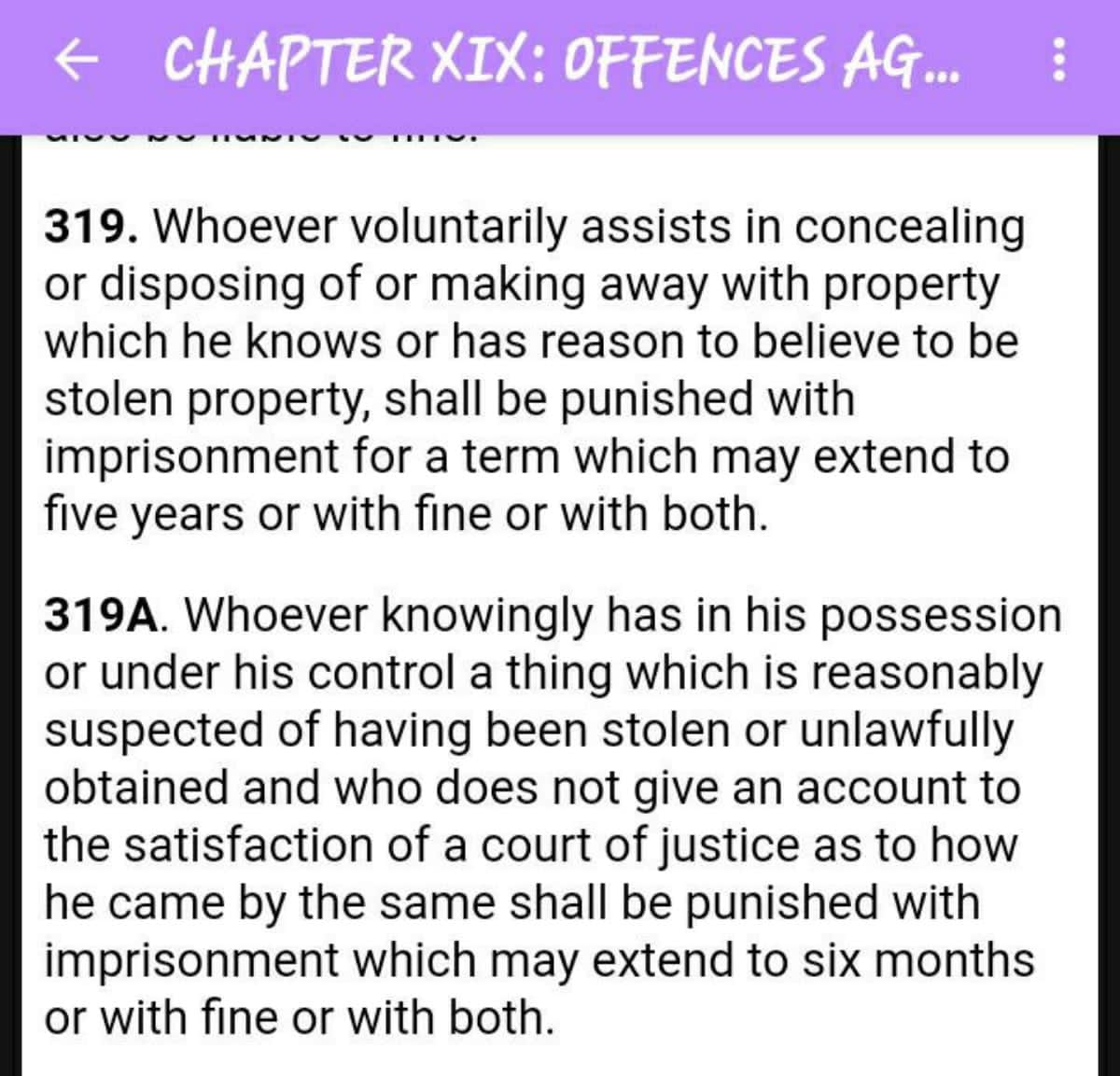 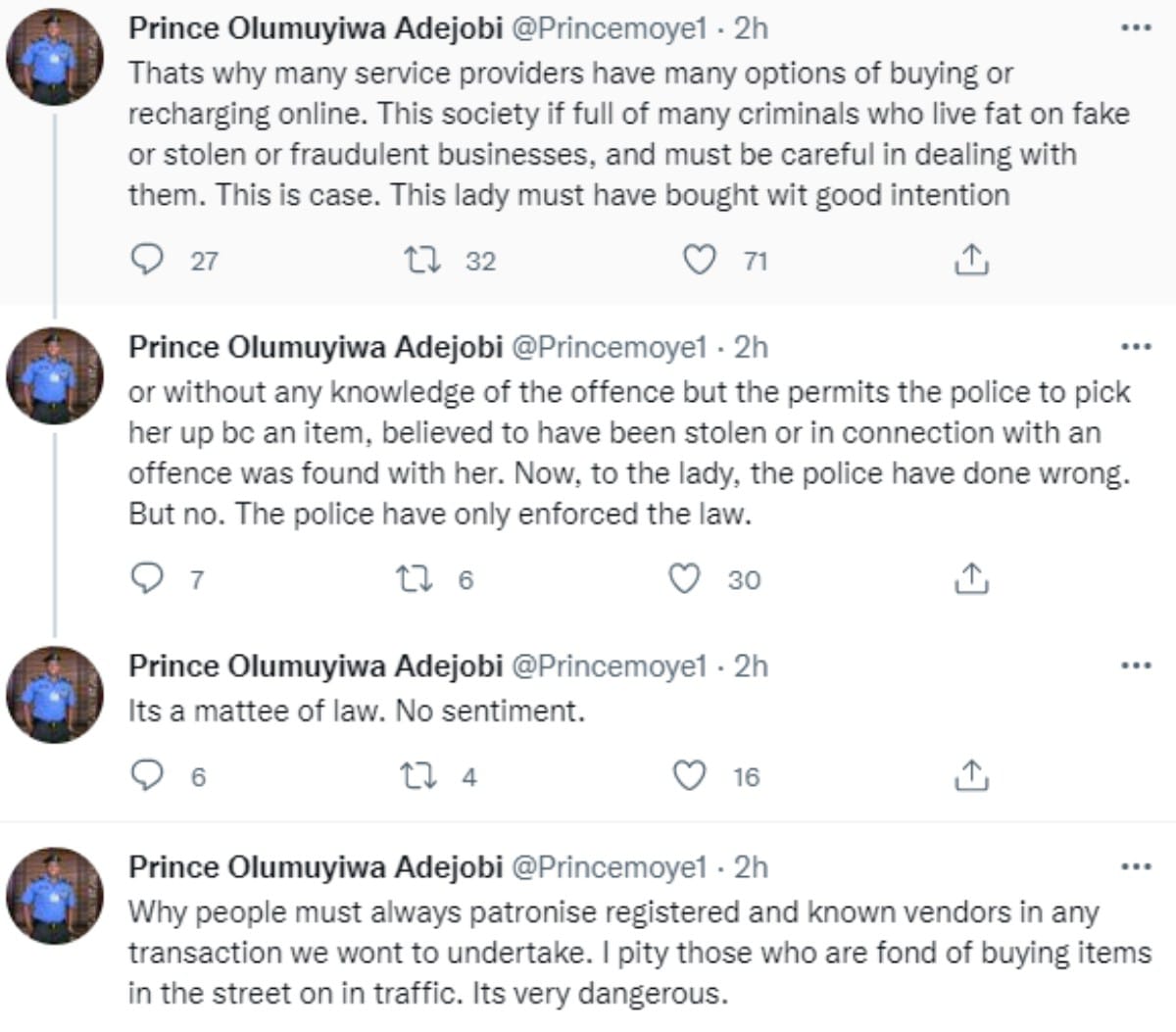 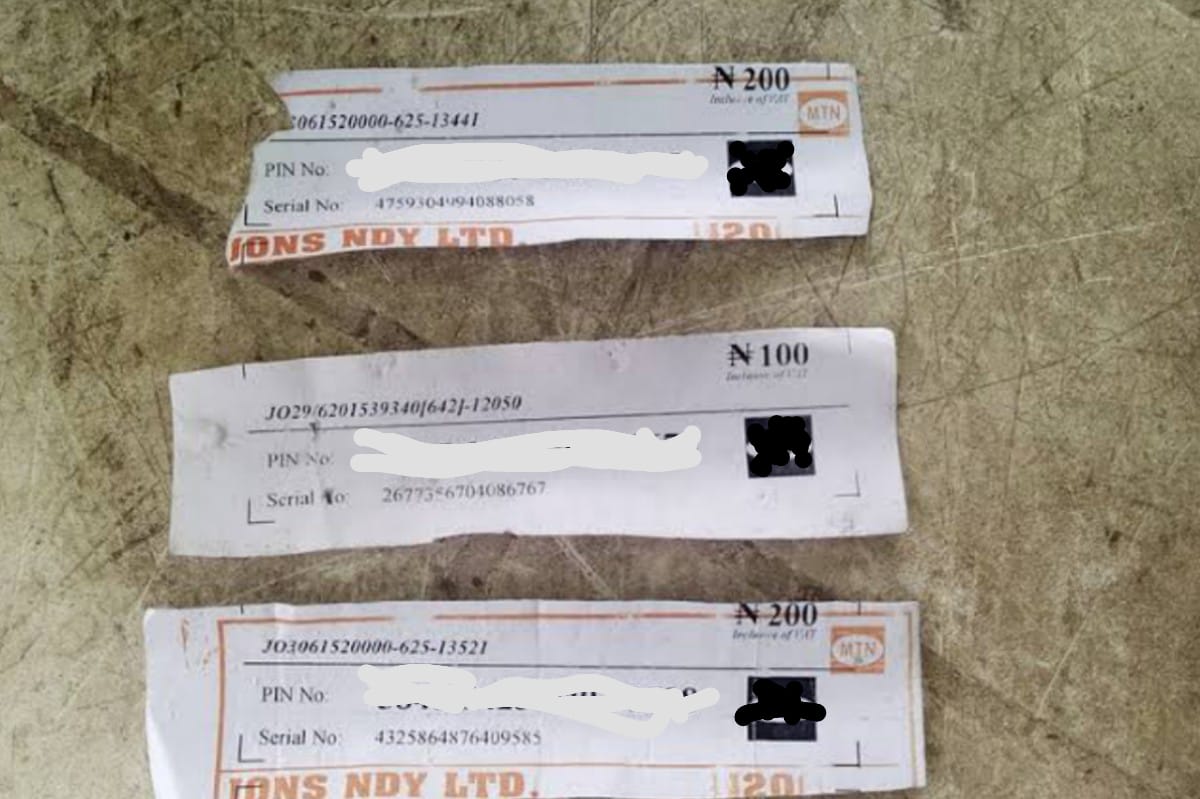