Nigerian singer, Daniel Dapo Oyebanjo, better known by his stage name D’banj, has stated that while he is happy to be married, he misses a lot about when he was a bachelor.

He made the remark moments after being announced as a judge on Nigerian Idol, a music reality show.

As per D’Banj, he decided to settle down since he had reached a moment in his life where having a best friend as a partner was crucial.

He said; “It is very important for me when I say that I am so happy I got married for the right reason. There are reasons people do certain things and if one does it for the wrong reason, it would affect one. I got to a stage in my life when I needed to grow an empire and in order for one to do that, one has to be stable and have a best friend as a partner. One also has to be true to oneself. 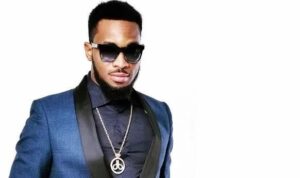 I pray to God a lot and the Bible says, ‘He who finds a wife, finds a good thing’. I got married to my best friend, who knows and understands everything about me. Because of that, we could grow together. Yes, once in a while, one misses those days (of being a bachelor). But, I am happy because that is the difference between Dapo Oyebanjo and Dbanj, the Koko Master. Whenever I get on stage anywhere, I become the Koko Master. It (marriage) has not reduced the amount of kokolets (ladies) that flock around me and rush to the stage. However, one has to be committed to one person and that is what life is.”

D’Banj, who has never appeared on a music reality show, stated that he agreed to serve as a judge because he believes in nurturing and developing talent.

“I accepted the offer because first, I am a Nigerian. Secondly, I think there is no better time than now because of the growth of the industry. The growth of the industry is such that it is important for us to embrace what God has given us. This is a journey we have been on for over a decade and we have been accepted globally. That is why it is important to ‘grow’ what is on the ground.”

“Ogun State Is The Capital Of ‘Yahoo’ Boys”, Gov. Abiodun Says
I Am Never Returning Back To PDP, Obasanjo Tells Party’s Stakeholders