Former Boris Johnson communications leader; James Slack says he wants to “openly apologize for the anger and frustration” with the party that took place to leave Downing Street in April 2021.

In a statement released on Friday morning, James Slack said he wanted to “apologise unreservedly for the anger and hurt caused” by the gathering on 16 April, which is said to have involved 30 Downing Street staff partying into the early hours at Number 10 at a time when indoor mixing was banned.

“This event should not have happened at the time that it did. I am deeply sorry, and take full responsibility,” Mr Slack, who last year left Downing Street to become deputy editor-in-chief at The Sun newspaper, said. 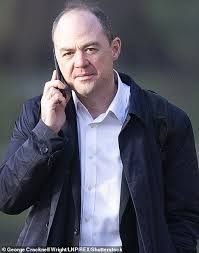 According to reports, two incidents took place on Friday evening, April 16, 2021 – when England were under a 2-step coronavirus ban that prohibits internal interference and restricts the number of funerals and weddings.

The rallies also took place on the evening of Prince Philip’s funeral in which he saw the Queen sitting alone and wearing a veil during a social ceremony while saying goodbye to her 73-year-old husband.

The Daily Telegraph reports that all of these incidents are leaving parties working within the Prime Minister’s internal affairs. One was reported to be the case with Slack, who is now the deputy chef’s editor The sun newspaper, and another of Mr Johnson’s artist.

He said he could not comment further on the matter because the matter had been raised by Sue Gray, who had given him the responsibility to report crimes in government buildings. 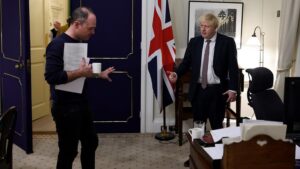 According to the report of the No 10 meetings, which went on in the middle of the night, witnesses said “alcoholics” were intoxicated, attendees danced DJ’d songs by a special counsel and once a staff member was sent to Co-op with a suitcase containing wine before returning to the party.

Number 10 said The Independent“On the last day of this man’s life he gave a farewell speech and thanked the entire team for their support, both those who had to sit in the office and on the home screen.”