Oleksandr Zinchenko, a Ukrainian footballer, claims that Instagram removed his story post in which he expressed his desire that Russian President Vladimir Putin experience the “most painful suffering death” when the Russian president started a full-scale invasion of Ukraine.

“I hope you die the most painful suffering death, creature,” the Manchester City defender captioned a picture of Putin on his Instagram story.

The image has since been removed, and Zinchenko believes that Instagram has removed his post in what appears to be a move of censorship against the Ukraine footballer. 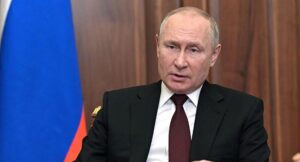 After Putin gave the command for his soldiers to attack, Russia started an all-out war on Ukraine with missiles and bombs, tanks rolling across the border from Belarus, troops parachuted down on eastern districts, and explosions were seen across the country.

It happened after Putin delivered an astonishing early-morning address to the Russian public – delivered during a UN summit aimed at preventing war – in which he announced a “special military operation” to “de-militarize” and “de-Nazify” Ukraine, effectively declaring war. 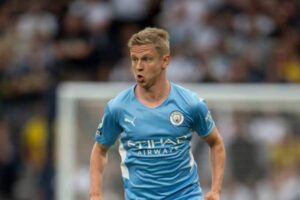 Russian President Vladimir Putin also delivered a terrifying warning to any countries considering assisting Ukraine, threatening ‘consequences greater than any you have faced in history.’

Continue Reading
You may also like...
Related Topics:Oleksandr Zinchenko